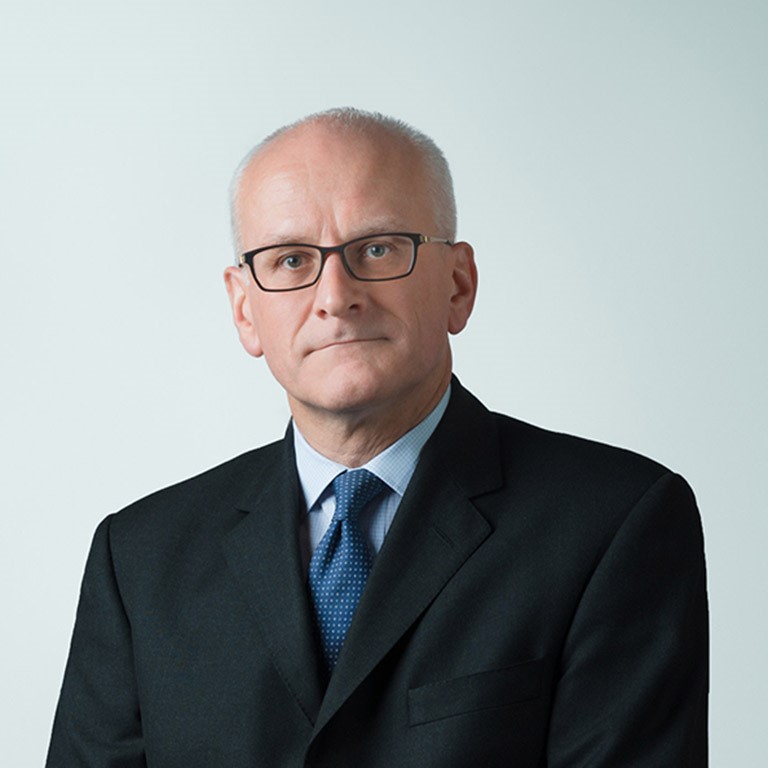 Philip is Joint Head of Chambers at 1 King’s Bench Walk in London, where he has practised in matrimonial law for over 30 years, having been called to the Bar at Gray’s Inn in 1989, and subsequently appointed Queen’s Counsel in 2012.

Recognised as a leading matrimonial silk in both Chambers and Partners, and The Legal 500, Philip is a Bencher and former vice-chairman of the Advocacy and CPD Committee of Gray’s Inn, a Governor of the Inns of Court College of Advocacy, a Fellow of the International Academy of Family Lawyers and also a former Chairman, and now an Honorary Life Vice President of the Family Law Bar Association.

In recognition of his highly successful career, Philip was named the ‘Legal 500 UK Family and Children Silk of the Year 2019’.

Philip, who is an Old Boy (1978-1985) and former President of the Old Boys’ Association, initially joined the Board of Governors in September 2019 as our ‘Old Boys Association Nominated Governor’. Philip also Chairs the 2020 Committee, and sits as a member on the Finance Committee. 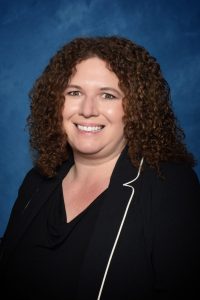 Anna attended Merchant Taylors’ Girls’ School between 1986 and 1993 and left to pursue a career in the NHS as an Occupational Therapist before then gaining her MBA and switching paths to run her family’s business.  After fifteen years at the helm of that company, she now specialises in new business ventures within the hospitality industry, focusing on opening new sites and turning existing businesses around.  Anna is also a qualified music performer and teacher.  She enjoys hiking and cooking and is a member of Formby Ladies Golf Club.  Anna is a former President of the Old Girls’ Association and is their representative on the Board of Governors. 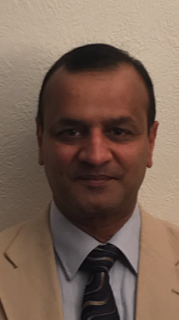 Manoj currently holds the position of Consultant Psychiatrist at Merseycare NHS Foundation Trust. Passionate about his work, during his extensive career as a Consultant, Manoj has always been involved in postgraduate medical education, having held positions of Director of Medical Education and Head of School of Psychiatry in the Mersey Deanery.

He has Post Graduate Certificates in Teaching and Learning in Clinical Practice, and Cognitive Behaviour Therapy.
Manoj has had a long association with the School, with both his children having attended Merchant Taylors’ Schools from the Reception years.

As an active Rotarian, Manoj is committed to its motto, Service Above Self. Manoj sits as a member on our Education & Safeguarding Committee. 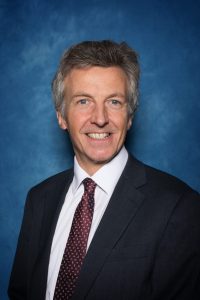 Charles attended Merchant Taylors’ Boys’ School between 1975 and 1981 before going up to Durham University to read mathematics. He qualified as a Fellow of the Institute of Actuaries and was a worldwide partner at Mercer in Liverpool before taking up his current role as a director of JLT in Manchester. He is also a Fellow of the Institute of Mathematics and its Applications and is a Past Master of the Worshipful Company of Actuaries.  Charles is married to Becky, an Old Girl, and has four children. He is a keen singer and also a runner and regularly runs marathons for charity. He is also a churchwarden of St Mary’s Mallerstang and a Trustee of the Brathay Trust. Charles is a Liveryman of the Merchant Taylors’ Company and is their representative on the Board of Governors. 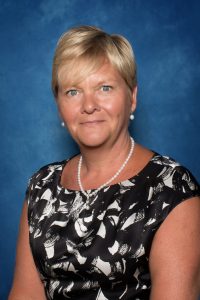 Jenny worked as a GP until her retirement in 2016. After studying medicine at Birmingham Medical School, she worked in General Practice in the West Midlands and London before being appointed to a partnership in South Birmingham for 5 years until her move North. In 1993 she joined forces with another local GP to take over a small single-handed practice in Southport, where she worked until her retirement. She was in the first cohort of GP’s to gain the MRCGP through Assessment of practice and latterly was awarded her Fellowship. She has also been heavily involved with educating junior doctors who have chosen a career in General Practice, becoming an Associate Dean with Health Education England. Gaining her PGCME with a distinction at the tender age of 53 was a testimony to her passion for life-long learning. Her other interests include gardening, cooking, fell walking, skiing and France. Jenny’s three daughters all attended the Schools and are busy striving to reach their potential in the workplace after university.

Having gained a B.ed Hons from St Martins Lancaster, Sandi taught in three primary schools across South Manchester for 15 years, during which time she was responsible for SEN and Safeguarding. She taught Year 6 for nine years, preparing the children for their 11+ examinations, and was a Deputy Head for six years.

Sandi moved to Southport in 2000 and bought Yarrow House Nursery with her husband, which they owned for 15 years, during which time they undertook huge expansions and a relocation, and achieved an Outstanding Ofsted in 2015, prior to selling the nursery to a chain of nurseries later in 2015. Whilst having the nursery, Sandi also studied and gained Early Years Professional Status specialising in Early Years, and formed an ongoing link with Edge Hill Teacher Training.

Since then Sandi enjoys part time supply teaching for Sefton in a variety of schools, still enjoying the primary school environment, and says she “is not ready to be a housewife just yet!”. Sandi brings with her previous experience of being both a Teacher Governor, and a Parent Governor. Sandi and her husband have two boys, both of whom attended Merchant Taylors’ Senior Boys’ School. 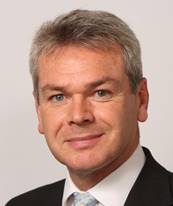 John, who is a Member of the Royal Institution of Chartered Surveyors, is a Director and Head of Asset Management at Mason Owen & Partners, a commercial property consultancy based in Liverpool.

As Head of Asset Management, he is directly responsible for all aspects of Mason Owen’s Asset Management service and is also involved in providing proactive property management advice relating to a variety of developments throughout the country.

John specialises in providing a number of landlords and national multiple retailers with Landlord and Tenant advice.

In his leisure time, John is a keen golfer and is a Member of the Royal Birkdale Golf Club. 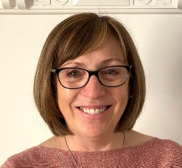 An experienced teacher, holding an M.Ed. from Liverpool University, Glynis spent her final 10 years of teaching at Stanfield. In 2000 she joined her husband in a new Economics Consultancy Practice as Finance Manager – a position she continues to hold.

Since 1995 Glynis has been a magistrate, chairing adult courts but also specialising in domestic abuse. Having lived in Blundellsands for many years she is Chair of Blundellsands Park Trust, known locally as The Key Park. She believes passionately in conserving this beautiful place for future generations.

Glynis’s interest in children and children’s welfare led her to becoming a Trustee of Alder Hey Children’s Charity, sitting on Finance/Audit and HR Committees.

Her hobbies include reading, travel and cooking but she likes nothing more than spending time with her four grandchildren, one of whom attends MTGS. 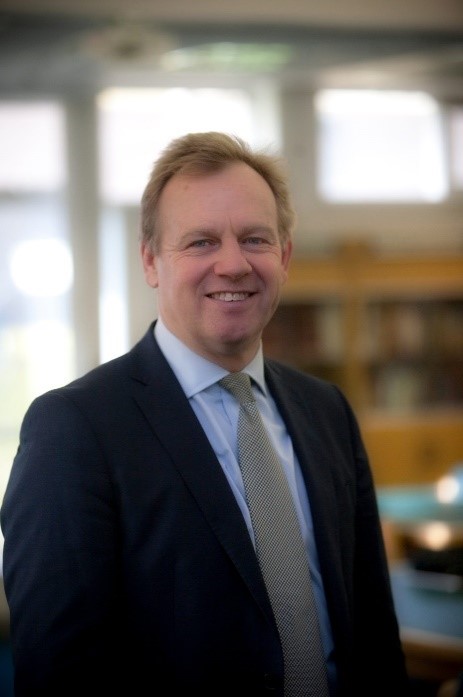 George was educated at Cranbrook School Kent and St Catharine’s College Cambridge, where he read Geography.  He subsequently completed an MSc in Environmental Science at Imperial College London. George currently Chairs the HMC Membership Committee and has carried out many HMC accreditation visits at schools across the UK. He is also a governor of Rudd Heath Academy in Northwich and a trustee of the ‘Platform for Life’ charity in Chester which provides mental health counselling for families of low income.

Making full use of his extensive educational knowledge and background, George joins the Board of Governors and sits as a member on the Education & Safeguarding Committee.

Born in Preston, George is now married with two children.  A long-suffering fan of Preston North End FC (with visions of the Premier League!), George’s other interests include rugby, cricket, mountaineering, poetry, singing, cooking and wine.

A Guide to Choosing Your School