Seven MTGS Lower Sixth pupils spent the first four days of their Easter break in Snowdonia on their D of E Gold practice expedition. There was to be no gentle breaking-in; Act One, Scene One was a punishing scramble up from the floor of the Ogwen Valley, to the wildest of wild camps perched above idyllic Llyn Idwal, nestling in its mighty bowl of rock under the snow-capped crests of the Glyder mountains. Facilities comprised just meltwater from a mountain stream, with only feral goats and wild Welsh ponies for neighbours. Stunning, and all the more so under starry skies at four below zero.

Three days of strenuous trekking then ensued, beginning with the breathtaking Aberglaslyn gorge and the chocolate-box Nant Gwynant valley, where the serenity of the night’s lakeside campsite wasn’t appreciated quite as much as its provision of hot water. There followed a squelchy moorland traverse to admire moody Dolwyddelan Castle, then onward to end Day Three beside Telford’s London-to-Dublin highway at Dol-gam. Moel Siabod is accustomed to dominating the view hereabouts, but even this noble and lofty peak was upstaged temporarily by the sight of another D of E group sharing the campsite… BOYS! A 6.30 am start and some real grit and determination through more-typically wet Welsh weather saw the girls safely to an early finish, artfully framed by the rainbow over Trefriw.

Well done, girls! You conquered the Cambrians; now bring on the Cumbrians for the Qualifier in May! 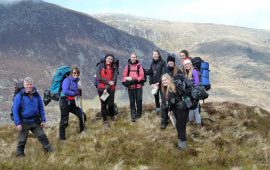 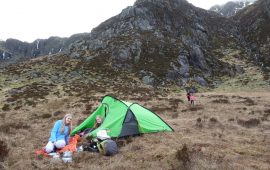 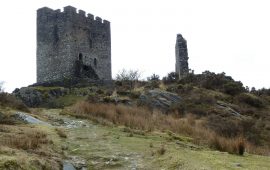