At an hour Mr Harrison did not know existed at the weekend, 57 pupils departed from Merchant Taylors’ Boys’ School for the first competition involving the only recently formed Merchant Taylors’ Combined Concert Band and SaxPac at Rochdale Town Hall to take part in the Music For Youth Festival. The 40 boys and 17 girls played tremendously well under Mr Lock’s conducting, and received terrific feedback from the judges, who noted particularly the fine Xylophone skills of Kai Fessey and the overall musicality of the group.

Next, it was SaxPac’s turn. The saxophone sextet was the highlight of the judges’ day. Superb playing all round, but Lewis Thornley’s Baritone playing received particular commendation, as did Rachel Burnett’s lyrical Soprano Sax performance. The pupils were model representatives for the school. Both Mr Lock and Mr Harrison were extremely proud of the pupils and their conduct throughout the day. We will be informed of whether we progress further in the competition in mid-April. The finalists of the regional competitions are then invited to perform at the Royal Albert Hall.

Whether or not the groups go on to the next round, it was a fantastic experience for the pupils and is a sign of things to come in the future. We would like to thank both Miss Blagbrough and Mrs Neophytou, without them accompanying the group, the trip would not have gone so smoothly. Thank you also to the parents of the pupils. Without their support, the early drop offs, late rehearsal and concert pick-ups, none of this would be possible. An update of the groups’ progress in the competition will be posted in an April bulletin. 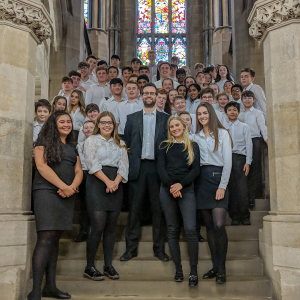 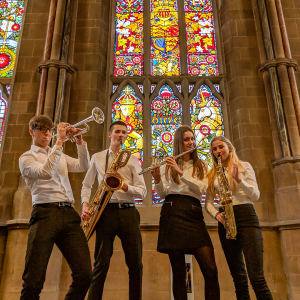