Your browser does not support JavaScript!
Merchant Taylors > News > Sailing Towards the Olympics!

One of our year six pupils, Thomas Link, is on course to compete in the Olympics.

Eleven year old Thomas has been selected by RYA British Youth Sailing to represent the northern region in their Topper ‘Zone Squad’, giving him an opportunity to train with a professional coach. Zone squad is the first rung on the ladder to sailing competitively in the Olympics.

In late September 2017, Thomas competed in RYA North Zone Championships against children from around the North West (many of whom were much older than him) for one of the sought after places and was successful on his first attempt. Since then he has competed in the New Year’s Day Pursuit Race, in which he placed first in the U/14 category and second in the U/16. He has also appeared at the Junior Regatta and the ‘Tipsy Icicle’ Series, attaining first and second place finishes respectively.

Thomas said, “The next round was held on the 14th January and I won both races, putting me first overall after four rounds. Later this year I will be completing the North West Traveller Series, together with some of the Welsh Series, and national events as far away as Weymouth. I have already beaten some of the national squad this year, so bring it on, I am on my way to the Olympics!” 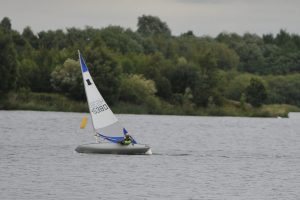 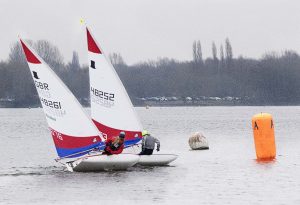