We were privileged to welcome Old Boy and former Governor Mr Peter Magill back to the Schools in his role as Master of the Merchant Taylors’ Company. Peter was in Liverpool in his official capacity as Master to attend the Senior Boys Prize Giving, and visited all four Schools beforehand to meet with pupils and staff, accompanied by his wife Pam. 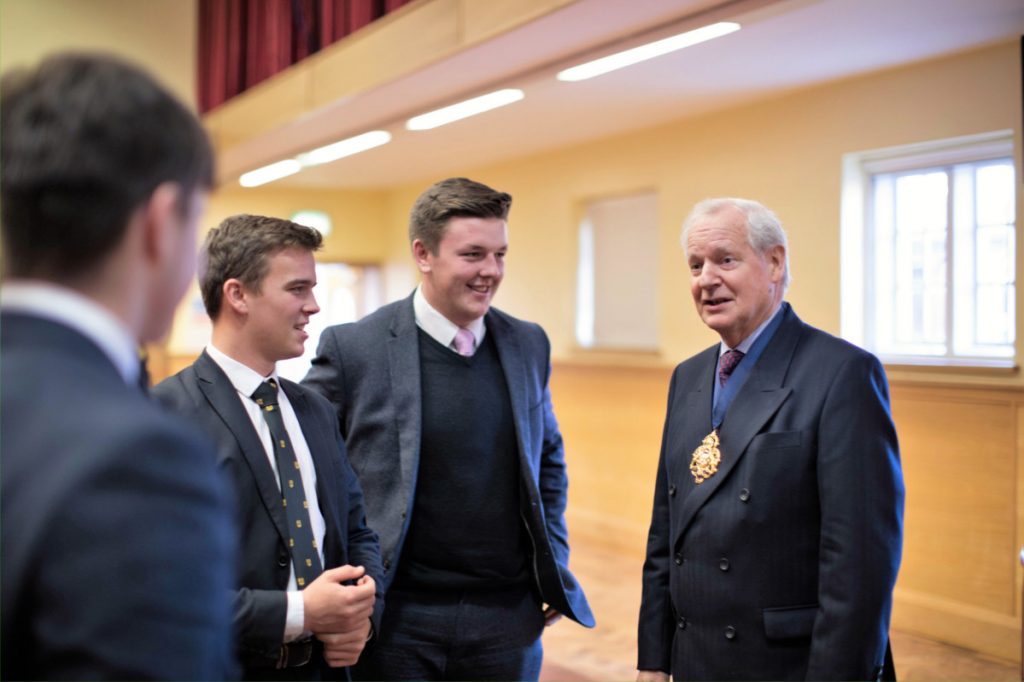 During his visit he spoke to our current Upper Sixth pupils, sharing his working experiences, and offered his advice to them as they prepare to enter University. He stressed the importance of being open to change and noted the increasing prevalence of technology and automation in all industries. He encouraged the pupils to seize opportunities and to treat these changes as a chance to both make a mark in their chosen fields, as well as to be a gateway for new experiences. He also fielded questions from the students, and encouraged them to remain an active part of the Schools’ alumni community, as well as discussing the role the Merchant Taylors’ Company plays in the life of the City of London.

We would like to thank Peter and his wife for their time, and their continued support of the Schools.