Congratulations to Michael Neophytou, from Year Four, who scooped first place at a regional fencing championship last weekend (Saturday 14th April) and is now ranked fourth in the country for boys under the age of nine.

Michael won gold in the first event of the 2018 North West Junior Series, which was held at Manchester Fencing Centre, the largest purpose built fencing centre in the UK.

He competed in the Under 11s Boys’ Epee category and started well, fighting against a mix of ages where he secured two victories. Michael then excelled in the direct eliminations, winning his final 10-5 to take the gold medal.

Michael’s sister, Sophia, who is in year 7, is ranked number two in the country for fencing in the under 13s category. She will be competing in her first international fencing competition later this month and has recently qualified for the national finals in Sheffield in May. 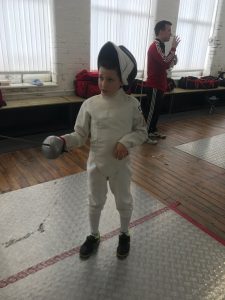 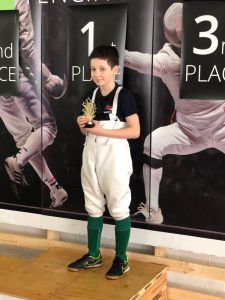