Tickets are now available for Harper Lee’s great novel ‘To Kill a Mockingbird’, dramatised by Christopher Sergei is to be performed in The Williams Hall at Merchant Taylors’ Boys’ School as a Joint Production with Merchant Taylors’ Girls’ School on 15th, 16th and 17th March at 7.30 pm.

Directed by Dr John Gill with music directed by David Holroyd, the cast have been rehearsing for two months, assisted by professional actress Phina Oruche who is working with the cast on their Alabama accents and background knowledge of the racial tensions which the play dramatises.

This is set to be a very powerful performance. The play is set in Maycomb Alabama in 1935 at at time of intense racial prejudice. The play tells the story of Atticus Finch, a liberal minded lawyer who attempt to defend Tom Robinson who is accused of attacking a white woman,. Robinson is completely innocent if this charge but the racist prejudices of American society at the time, and the prejudices of the jury, determine that justice is not done.

Tickets are priced at £9 for aduls, £5 for concessions and £25 for a family of four and can be booked below or purchased from Pritchard’s Bookshop in Crosby. 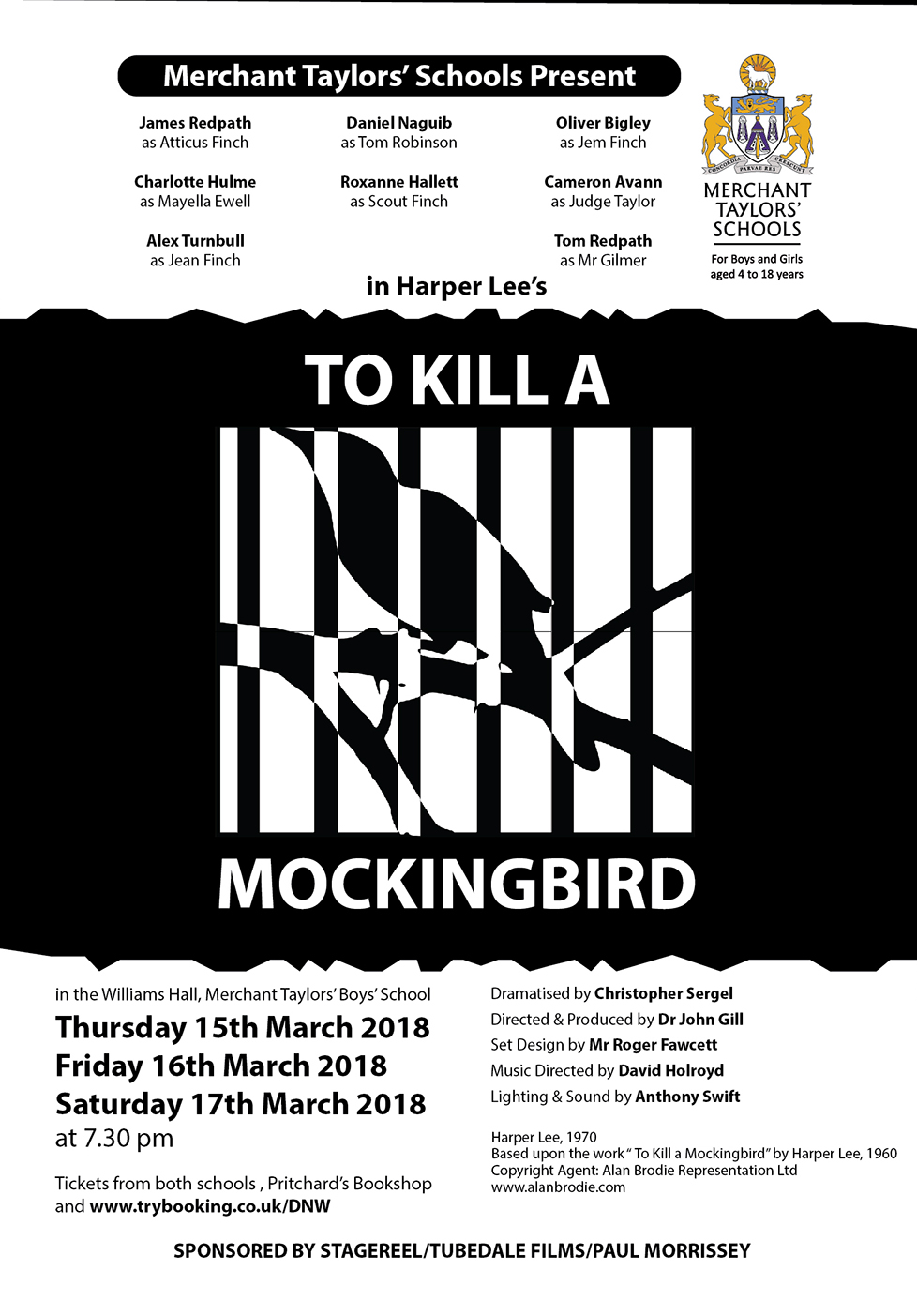