On Friday 12th November, a group of sixth form students at the Boys’ School gathered to debate the most significant issue of our time: climate change.

This was part of a week of activities arranged by Ms Robinson, our Biology Technician, and Mrs Croxton with the help and support of the Eco Committee, to tie in with the COP26 conference in Glasgow.

As the world powers sat down to decide their final commitments on Friday, our group of representatives did the same. Each form had been allocated a different country on Monday and asked to research their climate change issues and commitments. Delegates arrived representing countries such as Ecuador, Brazil, Australia, Saudi Arabia, Russia and the USA, to name but a few.

What followed was an impressive, well-informed debate as the boys demonstrated their superb understanding of the key issues surrounding climate change, whilst accurately representing the concerns of the countries that they had been allocated.

There were some tense exchanges between Russia and the USA, but in the end the Model UN were able to agree that they would cut carbon emissions, end deforestation, and contribute financial aid to countries affected by climate change. Well done to all the boys who took part, it was a fantastic debate. 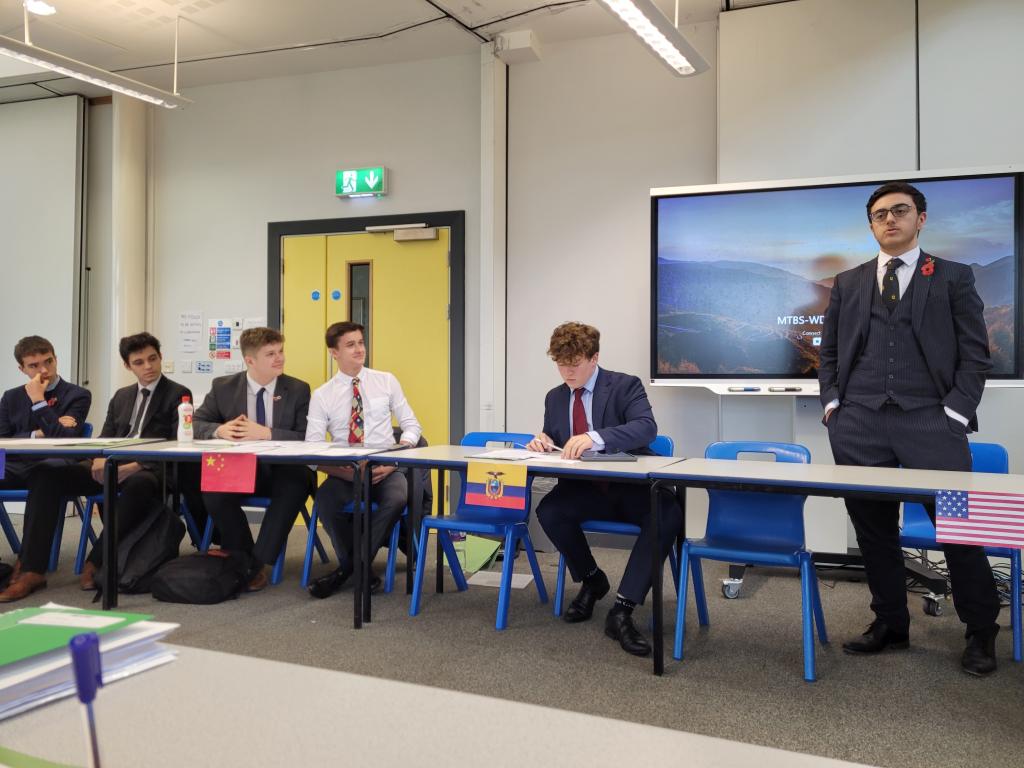 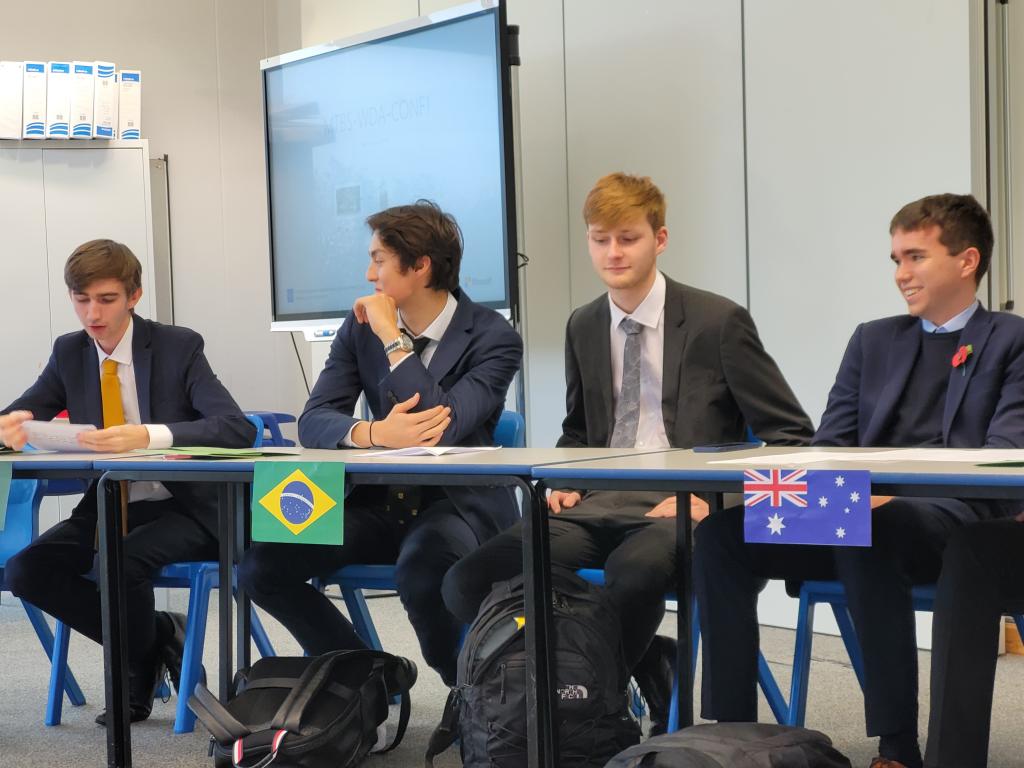 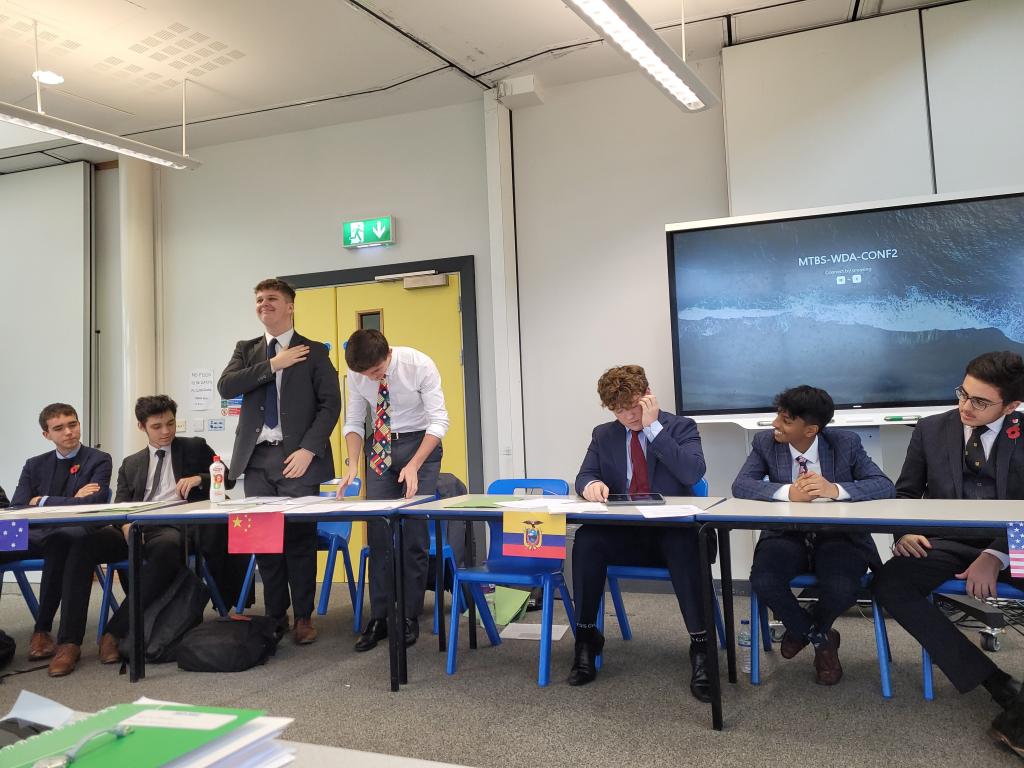 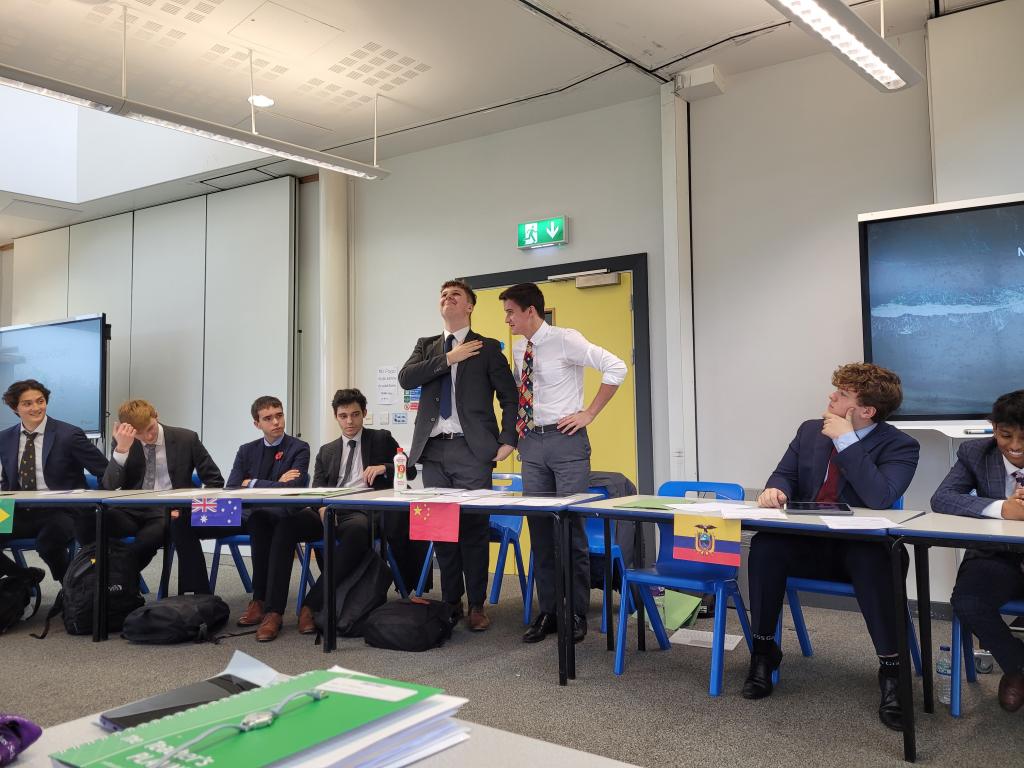