Day Five’s door is the old main entrance to Stanfield! 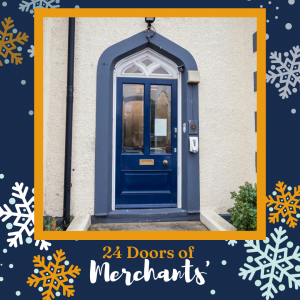 Kindergarten and junior education for girls of all ages, was provided at the Girls’ School for many years. In 1922, the juniors left the main school building and moved into ‘the huts’ next to school. They were forced to move out during World War Two, because of the extremely high fire risk during bombing raids. They moved to ‘Daisyfield’, a large house near Blundellsands station.

In May 1945, the Governors took out a 10-year lease on a large house, Stanfield, located halfway between the Boys’ and Girls’ schools, which had large grounds, driven by pressure on space at the Girls’ school, and Daisyfield’s distance from the main school.

Entirely self-supporting from the start, Stanfield grew steadily over the years, with a new complex built in 1976 to prepare for the intake of infant boys, following the demise of Crosby Preparatory School in the early 1970s.

Mrs Mann became Head of the Junior School in 1978, having been on the staff since 1966, taking over from Miss Pope after 25 years. An infant wing was added in 1980, followed by a complete redevelopment of the site to create the Stanfield we know today, in 2015. Following Mrs Mann’s retirement in 1998, Mrs Kelly took over, followed by Miss Yardley, and now Miss Lynan.