Today’s door will be very familiar to those of you involved in drama during your time at school.. 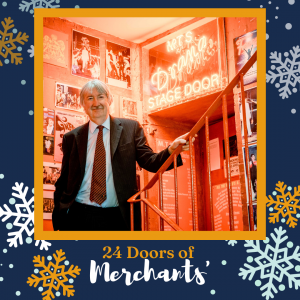 The stage door has been the gateway to many productions over the years, from Grease to Les Miserables, Fame to Jesus Christ Superstar.

Collaborating with David Holroyd, Director of Music at MTS, he directed eleven musicals, the last one being “Fame” performed in November 2018.
Our current Head of Performing Arts, Emma Gregson-Burt, has taken charge of productions including One Man, Two Guv’nors, Little Shop of Horrors and Hairspray.