MTBS pupils shine in A Level results despite lockdown challenges

Pupils at Merchant Taylors’ Boys’ School have performed well in their A Levels this year, with many outstanding performances.
Despite the challenges faced by the Covid-19 pandemic, more than two thirds of all students recorded A* to B grades, while a third of boys achieved straight A or A* grades and almost a fifth of all grades awarded were at A* and nearly half were A*/A.
Final grades in some subjects may remain subject to appeal with the Department for Education.

The majority of students are leaving to take up university places this year across the UK and beyond, including Head Boy, Matthew Cheshire, who is heading to Cambridge to study Land Economy. Other destinations include Imperial College London, UCL and Durham.
Two students, Matthew Marsh and Rananjay Singh, scored a remarkable four A* grades, while a further two, Doiminic McGeown and Christopher Stuttard, got three A* grades and an A.

Joel Clarke achieved an incredible two A* and three A grades and is now looking forward to studying Law at Durham University.
Brothers Harvey and Robert Rankin were also among those to score straight A* or A grades, and they will now be going on to The University of Leeds.

There was success across a wide range of departments. Highlights include: 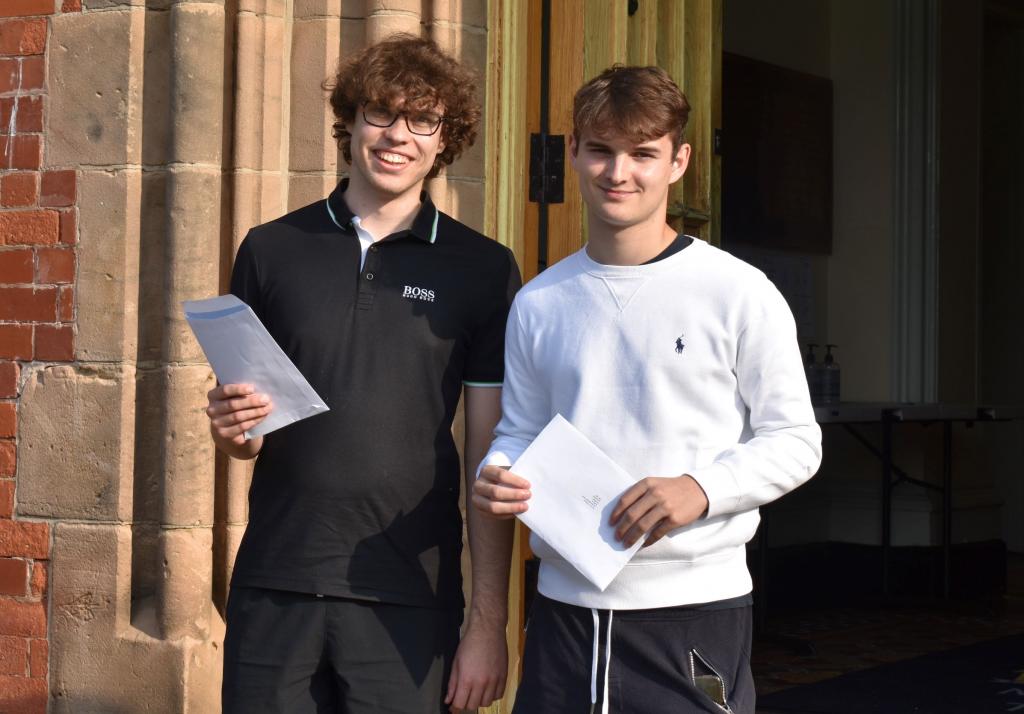 David Wickes, headmaster at Merchant Taylors’ Boys’ School, said: “I am incredibly proud of the young men for their remarkable efforts in the midst of unprecedented times. This group have made a significant impression on the school during their time here.

“Whether it be in the classroom, on the sports field, in the concert hall, on stage or in the wider community, they have shown commitment, passion and not a little ability, ultimately achieving a great deal and setting very high standards. Therefore, it is pleasing that, as a cohort, they have been able to emerge with such a strong set of grades.

“Having seen the way that they engaged with their excellent teachers during our online learning, I know that they will be frustrated that they have not had the opportunity to sit their examinations and I suspect that a number will take examinations in the Autumn series meaning that these already excellent results will, in due course, become even more impressive.

We wish them well as they move on to the next stage of their careers and will remember them fondly.”