A stellar cast of talented Merchant Taylors’ students has been announced for this year’s production of iconic musical Hairspray.

The much-loved show, which charts the rise to fame of wannabe dance star Tracy Turnblad, has won eight Tony awards and wowed audiences around the world.

It will be brought to life in a major production at the newly-refurbished Williams Hall from Wednesday 27 November and runs across the weekend until Saturday 1 December.

Sassy record store owner Motormouth Maybelle is played with aplomb by Dannii Leech from Year 11, while Alex Barker-Weinberger (Y13) takes the reins as Tracy’s mother Edna and Darcey Fleming (Y13) will be in villainous form as the scheming Velma von Tussle, the mother of brattish Amber, played by Cara Ellis from Year 12.

The show comprises a total of more than 150 cast, crew and band members aged 11 to 18 and promises to be one of the biggest and best productions the school has ever seen.

Tickets are selling like hot cakes, so get your moves on! Click Here to buy tickets and get ready to sing Good Morning Baltimore! 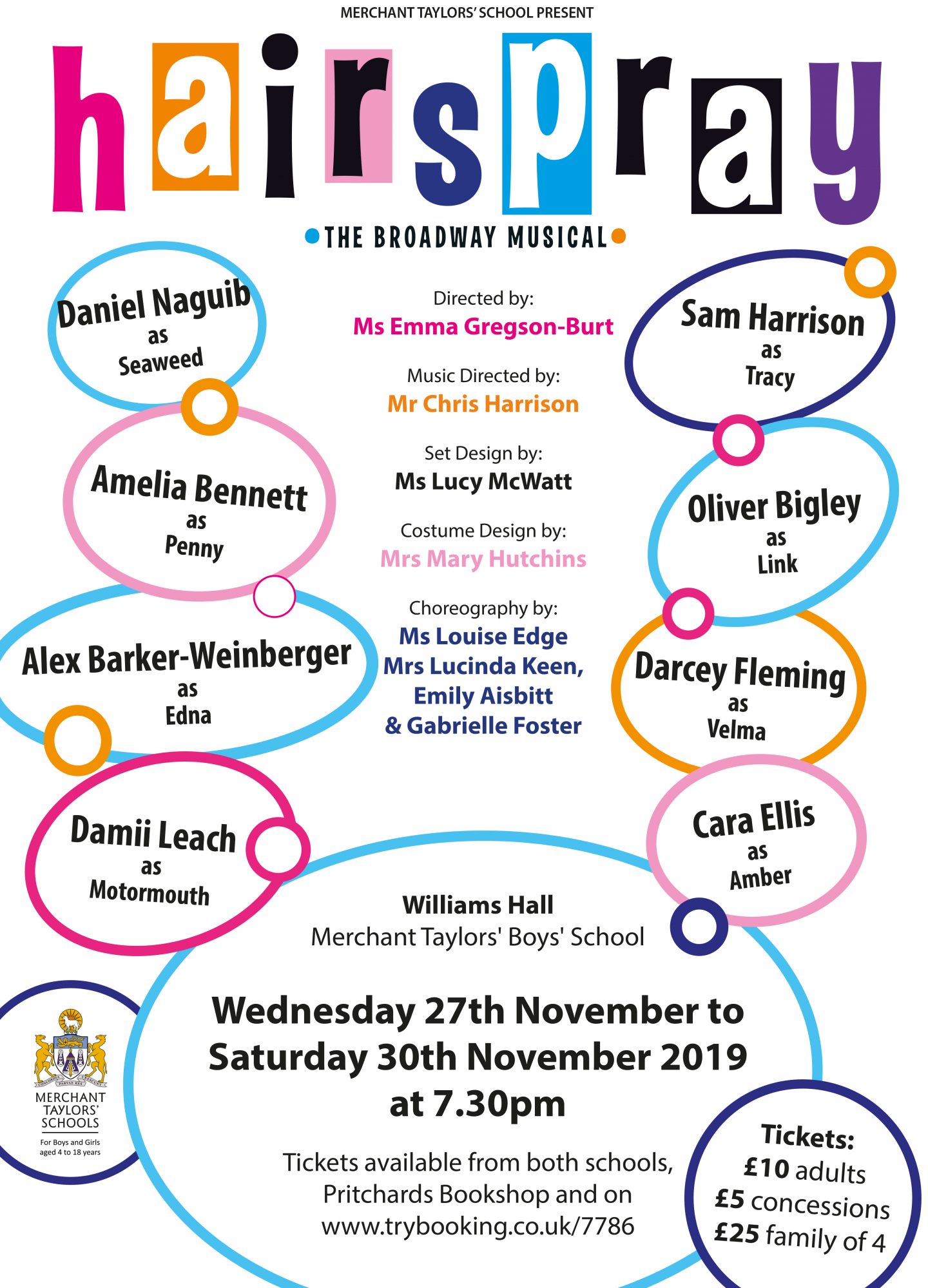