Computing drives innovation in the sciences, engineering, business, entertainment and education. It touches every aspect of our lives from the cars we drive to the movies we watch and the way in which businesses and governments communicate with and hear from us. While a relatively modern area of study, its roots go back to ancient times when our ancestors created calculating devices.

In Computer Science, pupils study computation and its associated disciplines, such as programming, algorithmic and computational thinking, hardware and the internet. In ICT, the focus is on the application of IT systems and how we can best make use of them in a variety of different applications.

The department’s teaching reflects a world of technology and advancement that is in constant evolution, covering new and exciting content, skills and ideas on a daily basis. The range of qualifications on offer also continues to grow, including new GCSEs and A-Level options.

Pupils begin by developing algorithms to all manner of different types of task and are then shown how to turn those algorithms into software through an introduction to programming in a variety of different ways, ranging from coding block editors up to Python and HTML.

As well as software design, pupils learn about computer hardware within a singular computer and how networks are produced by connecting many computers together to form the internet. Pupils are also taught about how to use the internet safely and responsibly.

Throughout these core Computer Science topics. pupils gain a proficiency in the usage of a wide range of software from Microsoft Office applications to software development environments, ensuring they are equipped with the ICT skills required for success across all academic disciplines.

The school offers a Computer Science GCSE course in years 10 and 11, where pupils learn how to create their own computers, computer networks and software to be run on them.

Programming and Computational thinking make up a large proportion of the OCR course which is an extremely worthwhile skillset to possess, whether or not pupils wish to go on to study Computer Science further or pursue a career in it. Pupils learn how to write program code that processes data, creates graphics and manipulates files. Computational thinking especially benefits pupils in the logical solving of problems, helping them in other subjects such as Mathematics, Physics and Engineering.

Pupils will also discover the fundamental hardware components and system architecture of computers, as well as networking and what networks offer in terms of creative and destructive potential, with network security and cybercrime featuring heavily in the new OCR specification.

Assessment is via two written papers both lasting 90 minutes each.

A-Level Computer Science allows pupils to deepen their knowledge and understanding of Computing and Computation.

The course is not only for those who want to gain a grasp of programming languages and their application, but also those who wish to gain an insight into how computers affect and shape our society, culture, morality and ethics. It gives pupils the opportunity to imagine how they can play a part in the industries, economies and technological advancements of tomorrow.

Students gain an in-depth understanding of Computation and the ability to simulate a wide variety of scenarios through the use of algorithms and programming such as decision making. In the second year of the course, students put this into practice when they create their own software or perform an investigation into a certain area of Computing, such as 3D Rendering, Data Processing or mathematical simulation.

This course also gives pupils an understanding of how computers function, the way they represent and store data, the way they interact with their users and function as a collective group of devices in a network.

The qualification is examined in the form of two papers: “Computer Systems” and “Algorithms and Programming” as well as a programming project that places a huge emphasis on coding software from scratch; independently researching, designing, developing and testing the end product. 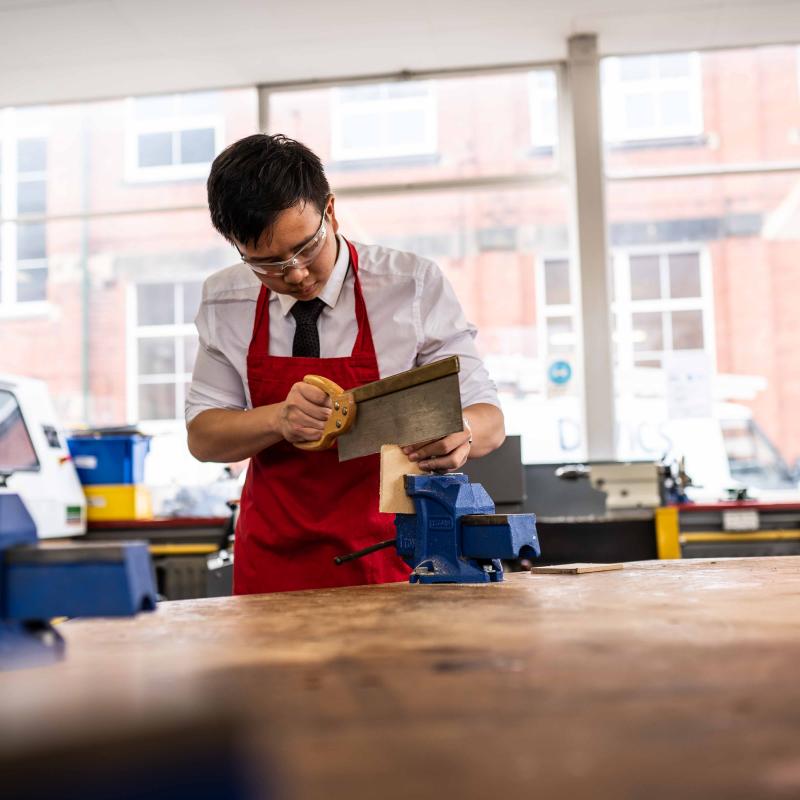