Friday was mufti day at the Girls’ School and Mr Evans received a surprise when he found out what the Upper Sixth were wearing!

In his own words: ‘I have been for over four decades, a supporter of the Netherlands football team and every time there is a ‘mufti’ day I wear the team shirt. Today [Friday], unbeknown to me beforehand the Upper Sixth decided for their final ‘mufti’ day, to have a ‘Mr Evans day’ and imitate my outfit. Many of them carried a box similar to the one which I use to carry things around, and a juice bottle which I also carry each day. It was quite touching actually, and it caused general amusement.’ 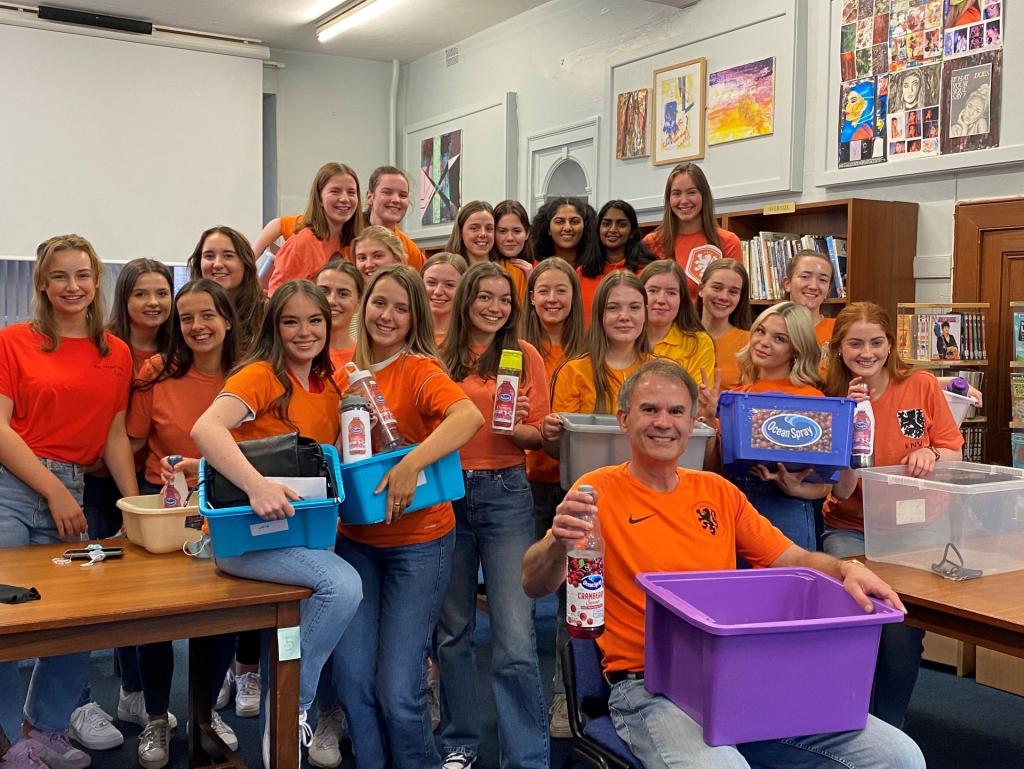