Gary spent 30 years at the club, including a fifteen-year spell as a high-quality spin bowler, before moving on to become an ECB level 4 coach for the first and second teams and ultimately leading its academy from 2015.

During this time, he played a key role in the Lancashire Boys’ Emerging Player Programme and oversaw the development of an impressive number of talented young cricketers, many of whom have gone on to pursue successful careers at county and international level.

He joins Merchant Taylors’ for the forthcoming cricket season, replacing Simon Sutcliffe, another former first-class cricketer, who retired from his role as Head of Cricket last summer after 26 highly successful years at the school. 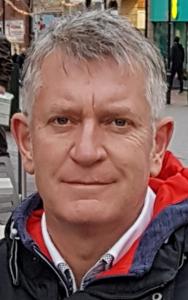 He will work alongside Mr Stiff, Head of Cricket at the Boys’ School, and Mrs Hollyoak from the Girls’ School to further promote and expand participation in cricket among our boys and girls. This will be the first time our girls have received specialised coaching in cricket.

A renaissance sportsman, Gary is an avid runner who has completed the Manchester marathon, taken part in more than 250 park runs, regularly plays five-a-side football and enjoys discovering new walking trails with his pet dog.

David Wickes, headmaster at Merchant Taylors’ Boys’ School, said: “Cricket is a major part of our school and we have invested over many years to produce high-quality teams and plenty of promising young talent, a number of whom have played for county sides at different age levels and also professionally. We hope to create even wider opportunities for pupils to play, enjoy and excel at this wonderful game.

“Gary brings with him a detailed and forensic knowledge of what it takes for those young cricketers who display a flair for cricket to reach the very top of the sport. He embodies our values of ambition, character and excellence and we are confident he will help to further develop and nurture those qualities in our pupils this year.”

Claire Tao, headmistress at Merchant Taylors’ Girls’ School, said: “Women’s cricket is one of the fastest-growing sports in the world and we are excited to give our girls an opportunity to learn the game from a highly experienced coach.

“Playing cricket will allow girls to adapt and broaden the various sporting skills they already learn in school and apply them to a new and stimulating discipline.”

Speaking of his appointment, Gary said: “I am delighted to be joining the School’s cricket department for this season. Merchant Taylors’, with its excellent cricketing reputation, allows me to continue my passion for developing young cricketers. This will be an opportunity to support, guide and coach young players to reach their potential and I look forward to a busy and successful summer.”