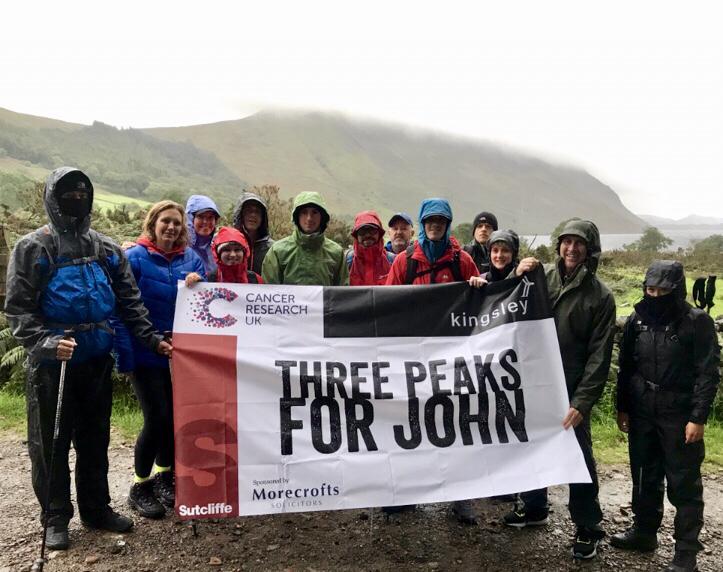 John, a former pupil and Governor of the school, passed away in 2017 after a successful career in engineering, founding his company in 1985 and growing it to a nationally recognised technical engineering firm as well as becoming Chairman of Liverpool Chamber of Commerce. John was a popular member of the Liverpool business community, and the challenge was organised by staff from Kingsley who began training in May with the aim of raising £3,500 for Cancer Research UK

Having left Liverpool at 7am, the team started their climb of Ben Nevis at exactly 6pm, and despite a couple of the team being forced to drop out the core group successfully negotiated the peaks and completed the descent from Snowdon at the following evening. In total, they climbed approximately 3,000m – the equivalent of walking one third of the way up Mount Everest.

Caroline Kingsley, MD at Kingsley said: “The 3 Peaks Challenge really was challenging! I expected it to be hard, but it was much harder than I ever thought, and I think it’s a real achievement by the team. I’m so proud of the team spirit, determination and sense of humour that the team showed, and obviously we’re delighted to have raised money for such a great cause and grateful to everyone who has supported us, in particular Moorcrofts Solicitors who were our main sponsor.”

The efforts of the team have so far raised more than £5000, including gift aid, all of which will be donated to Cancer Research UK.