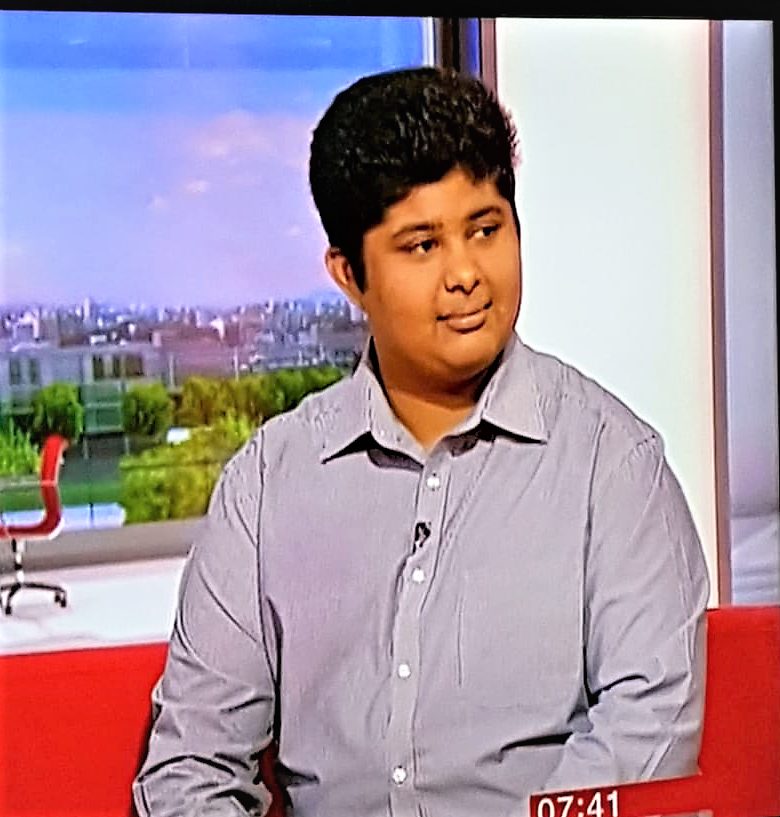 Hrishi Vankatesh, a former ESB learner and Old Boy of Merchant Taylors, spoke about how he has become a confident communicator through his ESB assessments. He also shared his top tips for people who are nervous of speaking in public.

He also spoke about his personal journey since being diagnosed on the Autistic Spectrum, and how ESB has helped him to grow in confidence and communicate well with others.

“We enjoyed an exciting morning taking part in a topical dialogue on the importance of oracy. Hrishi spoke eloquently to the BBC audience of over 1.5 million viewers. It was very supportive of presenter Dan Walker to take such a personal interest in the issue by tweeting to his 515,000 followers about the value of public speaking”.

On the programme, Hrishi said: “When I started with English Speaking Board, it really helped to boost my confidence and just made me feel like people wanted to hear what I wanted to say”.

Tina added: “Hrishi’s performance on BBC Breakfast follows his recent appearance at the Houses of Parliament speaking on ESB’s behalf on the subject of oracy. He is also joining us at our Young Speaker of the Year event in November, as a worthy winner of our ESB Ambassador award”.

On his time at School, Deputy Headmaster Bob Simpson said: “Joining the school in 2010, it did not take Hrishi long to make a significant contribution to Debating at MTBS. Within weeks he was a pivotal presence in GTX Debating and as a Year 7 was a regular contributor to the Grensted Debating Society, often pitting his wits against Sixth Formers. As time went on, Hrishi featured in a number of external competitions, including the Schools’ Mace as a Year 10 student, and his love of general knowledge, current affairs and politics ensured that Hrishi was a lively and well-informed debater all the way through his Sixth Form career”.

“It comes as no surprise that he continues to champion this most vital of skills. Indeed, Hrishi’s legacy to the school is that debating is firmly embedded in our curriculum as well as being a popular extra-curricular option”.

ESB is a national awarding body with a mission to promote clear, effective communication at all levels by providing high quality products and services domestically and internationally, recognising and encouraging the potential of all. With over 65 years’ experience in giving young people a voice, oracy skills and a recognised qualification, ESB supports schools, young people’s groups, colleges and universities to build confidence in communicating.